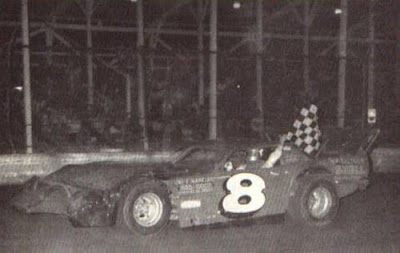 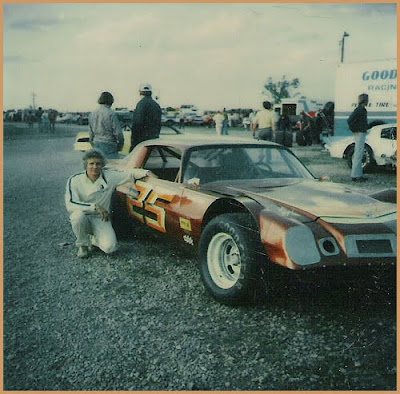 The late Larry Detjens of Wausau, Wis., was considered one of the best short-track drivers in the Midwest.

1978 - Despite sweltering 90-degree temperatures, Larry Detjens beat a talent-laden field of drivers at the Minnesota State Fair Speedway to win the Amsoil 300 for the ASA Circuit of Champions on Monday afternoon, September 4. The former rodeo cowboy and ski instructor from Wausau, Wis., kept his 1978 Camaro in front for the final 196 laps despite a daring pit stop for a splash of gas with just 23 laps to go. Mike Miller of Wisconsin Rapids drove his 1978 Cutlass to a second place finish, eight seconds behind the winner. Point's leader Mark Martin of Batesville, Ark., placed third followed by Ed Howe of Beaverton, Mich. and John Anderson of Massillion, Ohio.
1972 - Al Truesdow of Omaha took home his second late model win of the season at Whitehead Speedway's final program on Monday, September 4th in Nebraska City, Neb. Bill Martin, also of Omaha, made a strong bid for the feature win and led the majority of the 20-lap feature until a broken axle with three laps remaining put him out of contention. Truesdow then took the lead and won the race. John Adkins of Plattsmouth, Phil Bivens of Nebraska City, Mike Dizona of Omaha and Paul Zdan of Omaha rounded out the top five. 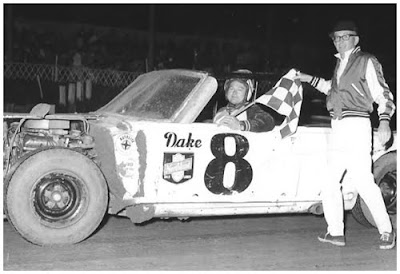 Darrell Dake of Cedar Rapids is presented the checkers after winning at Sterling Speedbowl Park on September 4, 1967.

1967 -Darrell Dake of Cedar Rapids, Iowa, took home the lion's share of the purse after winning the 50-lap Labor Day Invitational at the Speedbowl Park in Sterling, Ill., on September 4th. Dake, starting in the third row, took the lead from Ben Hofer of Rock Island and held off Verlin Eaker, also of Cedar Rapids, to take the hard-fought win. The hot sun made for a hard, dry track and spinouts were the order of the day. Bill McDonough, John Schlemmer and Johnny Beauchamp were all involved in mishaps during the afternoon affair.