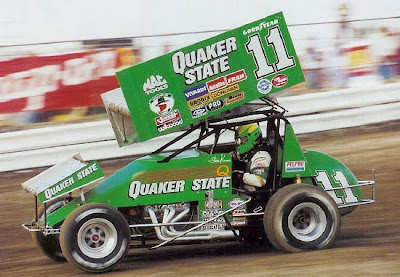 Steve Kinser of Bloomington, Ind., continued his dominance of Hales Corner Speedway with his seventh win in nine tries.

1993 - Steve Kinser led flag to flag to win the rain-shortened World of Outlaws/Copenhagen -Skoal Shootout "Beertown Showdown" at Hales Corner speedway in Franklin, Wis., on June 20. The event was originally scheduled to be a two-day affair beginning on Thursday but rain forced the preliminary program to be canceled. Kinser outraced Kenny Jacobs to grab the lead of the 25-lap headliner and was lapping cars by the sixth circuit in what was a runaway. Mark Kinser, Andy Hillenburg, Stevie Smith and Jacobs were the top five finishers. The win was Kinser's seventh in nine events at Hales over the past few years. 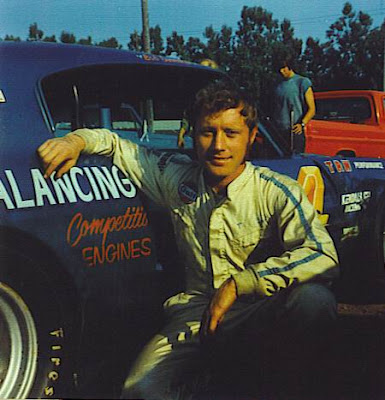 Bob Senneker held off the likes of Mike Eddy and Dick Trickle to win the ASA Circuit of Champions event at Berlin Raceway on June 20, 1982.

1982 - If their was a "home track advantage", Bob Senneker made good use of it to win the 200-lap ASA Circuit of Champions event at Berlin (Mich.) Raceway Saturday night, June 20. Senneker won by one and a half seconds over Mike Eddy and Dick Trickle before a standing room only crowd of 14,000. Although Senneker led from lap 81, he was hounded the entire distance by Eddy ad Trickle, who managed to get within a second of Senneker late in the race but ffaded slightly before the finish as they relentlessly battled each other. For the victory, Senneker earned $5,420 out of $33,500 total purse. Senneker, Eddy, Trickle and Bruce Vanderlaan were the only drivers to finish on the lead lap.

1976 - Bob Kosiski of Omaha, Neb., won his fifth straight feature at Sunset Speedway on Sunday, June 20, upping the bounty placed on him several weeks ago to an even $1,000. Des Moines' Don Hoffman made the trip hoping to earn some extra cash but settled for second. Jim Cominoli of Omaha, driving a 1973 Chrysler kit car, led the first 13 laps before giving way to Kosiski. He would finish third ahead of John Oswalt of Kansas City and Jerry Wancewicz of Omaha.