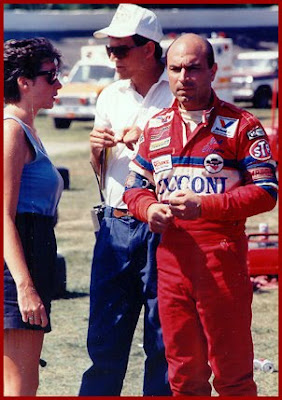 Bob Cicconi of Prospect Park, Pa., made the long haul to the Ozarks pay off with a USAC sprint car victory.

1990 - Bob Cicconi grabbed the lead with 3 laps remaining and went on to win the 30-lap USAC Loctite/Crestliner Vans Sprint Car Series event at Lebanon I-44 Speedway on Saturday night, April 28. Cicconi took the initial lead but gave way to Eric Gordon on the 11th circuit. Fast qualifier Steve Butler took over on lap 16 and showed the field for the next 11 laps until caution bunched the field up. Cicconi scooted by Butler one lap later and held strong to the finish. Gary Bettenhausen, Butler, Wayne Hammond and Andy Hillenberg rounded out the top five.
1984 - Jerry Straube of Waterford, Wis., held off a hard-charging Bob Dauterman of Elkhorn, Wis., to capture the 30-lap late model feature at Lake Geneva Raceway on Saturday, April 28. Straube had worked his way through the field and was on the tail of race leader Jeff Zarnstroff of Wilmot, Wis., when the Zarnstroff made contact with a slower car, sending him spinning to the infield. Straube inherited the point and then fought off a stubborn Dauterman over the final laps to claim his first victory of the season. 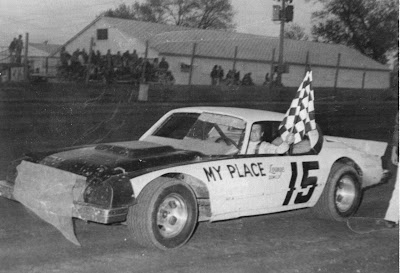 1979 - Jerry Holtkamp of Williams, Iowa grabbed the lead on the third lap and then held it to the finish in the 25-lap late model season opener at the Hamilton County Fairgrounds in Webster City, Iowa on April 28. Karl Sanger of Waterloo, Iowa edged to the rear of Holtkamp by lap 10 but was never able to mount a serious challenge and settled for second. Estherville's Bob Shyrock, rookie Ron Cochran of Marshalltown and Dave Bjorge of Austin, Minn., rounded out the top five in front of a chilled crowd on a night where temperatures dropped to the low 40's.

1973 - Ed Sanger of Waterloo, Iowa outran a stellar field of stock cars to win the season opener at the Wapello County Fairgrounds in Eldon, Iowa, on April 28. Grabbing the lead at the wave of the green, Sanger headed a tight pack of drivers across the finish line that included Pokey West of West Chester, Bill Wrich of Council Bluffs, Johnny Babb of Ottumwa and Ron Perdock of Washington. Jim Brown of Martinsburg took home top honors in the sportsman feature edging Ernie Weeks of Eldon by a fender at the finish.