The Punky Manor Challenge of Champions 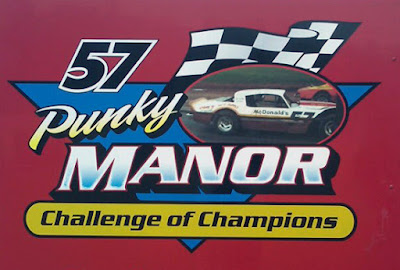 Omaha, Neb. - In 1980, the Red Cedar Speedway in Menomonie, Wisconsin created a special event called the Punky Manor Challenge of Champions in honor of Neil “Punky” Manor, Jr. who was killed in an auto accident south of Eau Claire, Wisconsin. Manor was just 26 years old but had already established himself as one of best racers in the area.

Ironically, just a week after Punky’s fatal accident, his father Neil, Sr. was also killed in an auto accident. During his short racing career Punky had won Hobby Stock and Street Stock Championships at the Eau Claire Speedway and was later a multi-time late model champion at both the Rice Lake Speedway and at Red Cedar Speedway.

When the checkered flag fell after 40 laps of the inaugural Punky Manor Challenge of Champions it was Eau Claire, Wisconsin’s Leon Plank out front. Chasing Plank to the line was Menomonie’s Ron Prochnow. Plank and Prochnow had ran first and second the entire 40 laps. Kaukauna, Wisconsin’s Pete Parker got around Mike Melius of Random Lake on lap 38 to take home third with Melius finishing fourth and Altoona, Wisconsin’s Tom Steuding finishing fifth. 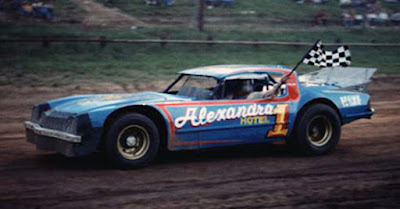 In 1983, 44 late models were on hand for the Punky Manor Challenge of Champions. Twenty-four made the feature event and after 50 laps, 22 were still in action. Not only did almost the entire field finish the race but the battle for the lead was intense with Red Steffen always a contender in the event finally bringing home the top prize.

In 1984, 54 late models were on hand, but mother nature decided to through a curve at them and rained out by Friday and Saturday night causing the whole two days to be ran on Sunday. When the show was completed, there was a first time, two-time winner of the event in Leon Plank. Following Plank were Jim Bruggeman, Rick Egersdorf, Red Steffen and Phil Prusak. Sixth through tenth were Ron Schreiner, M. J. McBride of Shawano, Lance Matthees, Steve Laursen and Canadian Ken Simpson. Heat races were won by Leon Plank, Tom Steuding, Tom Nesbitt and Craig Jacobs of Des Moines, Iowa.

The Punky Manor Challenge of Champions continues to this day and over the years has provided Wisconsin and upper Midwest race fans with several decades of great racing. 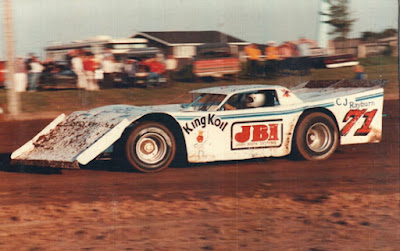