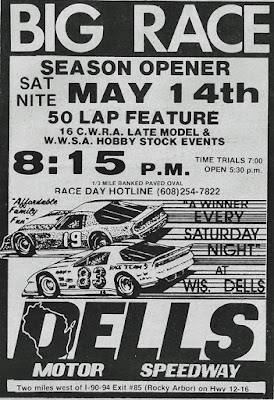 Cedar Rapids, Iowa – Let’s take a look back, the year is 1983, and see who the winners were in Midwest racing circles. It was a weekend where most Saturday night programs succumb to rain. 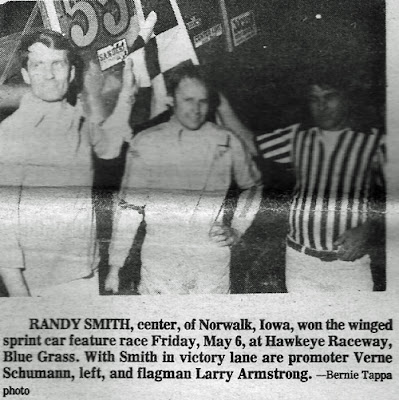 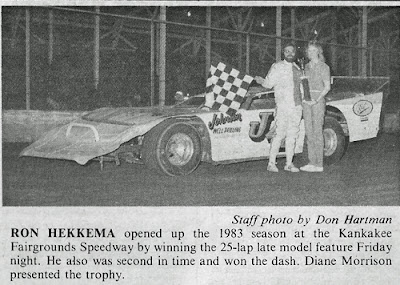 
While Ray Guss was fighting off the dust that leader Herb Shannon was stirring up in the low groove, Mike Chasteen of East Moline, Ill., was gaining ground fast on the high side of the quarter-mile at Spoon River Speedway in Canton, Ill., on Friday night. After starting at the back of the field, Chasteen snuck around both drivers on the 27th circuit to win the 30-lap Late Model feature event. 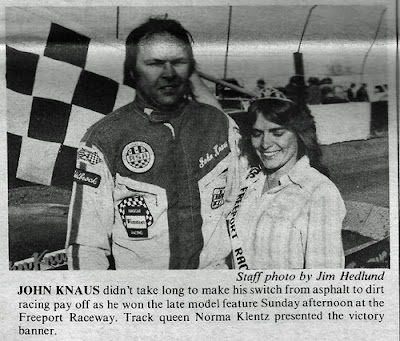 John Knaus of Rockford, Ill., won the season-opening 25-lap Late Model feature at the Freeport Raceway half-mile on Sunday afternoon, May 8. Knaus’ victory marked his return to dirt competition after seven years running on asphalt tracks.  The 31-year-old veteran took the lead midway through the contest and outdistanced the field for the win. Bob Jaeger of Dubuque, Iowa, took runner-up honors while Jim Jeffries of Freeport grabbed third. 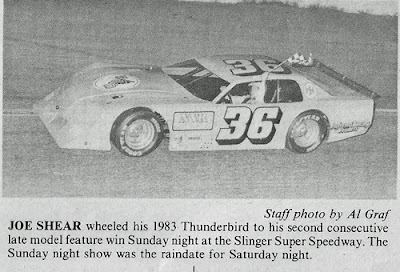 Joe Shear kept his record perfect in Late Model feature competition at Slinger Super Speedway on Sunday night as he scored his second consecutive triumph at the quarter-mile. Shear was unimpressive in preliminary action, timing in ninth and failing to run among the leaders in his heat. However, the main event was a different story as the Beloit, Wis., veteran stormed from his outside second row starting berth to claim the lead on the fourth circuit and go on to win the 30-lap battle. John Ziegler of Madison, Wis., finished second, Rich Bickle Jr. of Edgerton, Wis., took third, Jim Weber of Roseville, Minn., earned fourth and Joel Laufer of Hartford, Wis., rounded out the top five.


Jack Hewitt of Troy, Ohio, became the 12th different winner in the 13-year history of the Tony Hulman Classic USAC Sprint Car event at the Terre Haute Action Track, Sunday afternoon. Hewitt, who started seventh in the 20-car field, guided his Chevy past race leader Larry Dickson on lap 6 of the 30-lap feature and then paced the remaining laps to score his second career USAC victory. 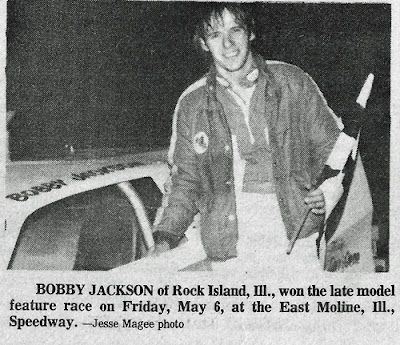 
Gary Tigges of Durango, Iowa, in his 1982 Camaro, flew to his first NASCAR Grand American Series Late Model feature win of the season at the Dubuque County Fairgrounds on Sunday night. Tigges was running the high-banked 3/8-mile oval in less than 17 seconds per lap. His closest competitor was Dick Schiltz of Waterloo who finished a half a lap behind. Jim Reidl, also of Durango, won the 15-lap Sportsman contest. Reidl started on the fourth row and took the lead on lap 10. Dave Naylor of Scotch Grove, driving a 1973 Ford Mustang, won his second Fun Class feature in a row.