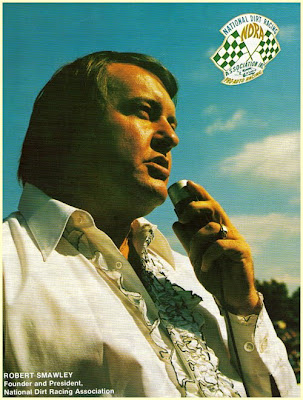 Omaha, Neb. - In 1978 Robert Smawley of Kingsport, Tennessee created a dirt late model touring series that would become the first national dirt late model touring series. However, in the seven year history of the National Dirt Racing Association (NDRA) the series made just two trips to the Hawkeye State. Those stops were in 1980 at Hawkeye Downs in Cedar Rapids and in 1985 at the Knoxville Raceway.

In May 1980, nearly 60 drivers from at least 10 states and Canada descended on Hawkeye Downs for the running of the NDRA Iowa 100. When qualifying was over Don Hobbs of Whiteland, Indiana had set a new track record of 23.19 seconds and grabbed the pole for the Iowa 100 (The top 3 in NDRA qualifying started in the first three spots in the feature and did not run heats). Tom Helfrich of Haubstadt, Indiana and Jim Curry of Norman, Indiana qualified second and third, also locking themselves into the feature and putting three Hoosiers at the front of the field.

In the first heat, pole sitter Rodney Combs of Loveland, Ohio would take the win over Mike Wallace (name sound familiar) of Valley Park, Missouri and Don Hoffman of Des Moines. Pete Parker of Kaukauna, Wisconsin would use his front starting position to hold off two Iowans in the second heat. Finishing second and third were Ed Sanger of Waterloo and Tom Hearst of Wilton. Fulmer Lance of Washington, Georgia would grab the third heat over Mike Niffenegger of Kalona and Dick Taylor of Springfield, Illinois.

The fourth heat would be the only heat that was not won by the pole sitter. Inaugural NDRA national champion and race pole sitter Leon Archer of Griffin, Georgia faded to fifth allowing Leon Plank of Mondovi, Wisconsin to take the heat win with B. A. Malcuit of Strasburg, Ohio second and Curt Hansen of Dike third.

Larry Phillips of Springfield, Missouri led from start to finish in heat five with Denny Osborn of Cedar Falls second and Snooks DeFoor of Chatsworth, Georgia finishing third. (Unfortunately DeFoor’s car and trailer were stolen from his motel parking lot during the night and he was unable to compete in the feature).

At the drop of the green it was outside pole sitter Tom Helfrich taking command of the race. Helfrich would stretch his lead out over second place Rodney Combs with pole sitter Hobbs fading to third. At one point in the event Helfrich held a commanding 10 second lead as he continued to set a torrid pace. On lap 87, however, while leading Combs by half a lap, Helfrich would develop rear end problems and he dropped from the race.

Combs would assume the lead but Hobbs was right there to challenge for the lead, and on lap 90 Hobbs took a lead he would never give up. Hobbs victory was especially impressive in the fact that he was running on only 7 cylinders due to the fact that a spark plug wire had come off on the first lap. Following Hobbs and Combs to the line were; David Speer who came from 24th starting position to claim third, Curt Hansen would finish fourth and Jim Curry fifth. 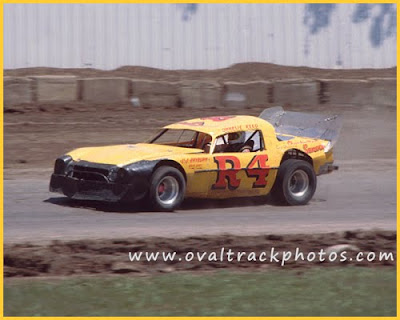 Don Hobbs of Whiteland, Ind., set a new track record in qualifying (23.19) and took the 100-lap feature win at Hawkeye Downs Speedway in May of 1980. - Lee Johnson Photo

“It’s been a long time coming but I knew we would get one sometime soon.” said an elated Hobbs after the race. Hobbs was driving a C. J. Rayburn built machine.

The NDRA would return to the Hawkeye state on July 25, 1985 when they visited the Knoxville Raceway in Knoxville, Iowa. Iowa native Billy Moyer then racing out of Batesville, Arkansas would set fast time with a lap of 20.22 seconds. Close behind was Ashland, Kentucky’s Chargin’ Charlie Swartz with a lap of 20.26 seconds. Willy Kraft of Lakefield, Minnesota, Larry Phillips of Springfield, Missouri and Jeff Purvis of Clarksville, Tennessee (on his way to a second straight NDRA championship) rounded out the top five in qualifying.

For 33 laps it looked like Charlie Swartz was the man to beat in the National 100 but at that point Swartz slowed dropping from contention and Billy Moyer inherited the lead. After the 50 lap fuel stop, Jeff Purvis was all over Moyer but Purvis’ shot at the win ended on lap 97 with a flat tire. 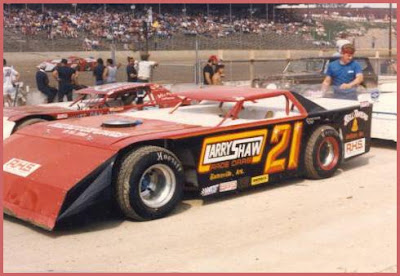 Moyer would hold on for the win and picked up a $5,000 bonus in the process. Willy Kraft would finish second, Phillips third, Pauschert fourth and Purvis would race his way back to a fifth place finish.

The NDRA would fade from the scene following the 1985 racing season but during their existence they provided dirt late model fans with some great high dollar events and proved that a national dirt late model touring series was feasible.