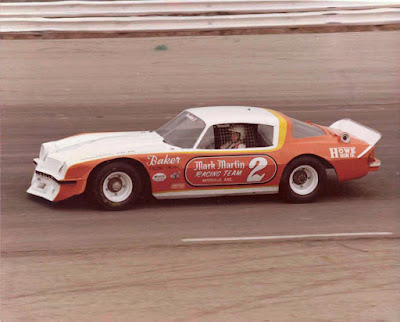 Mark Martin
2004 - Lonnie Bailey of Quincy, Ill. and Darin Duffy of Independence, Iowa won opening weekend Deery Brother Summer Series events to kick start the 2004 season. Bailey held off a determined Rob Toland of Hillsdale, Ill., to score the win at Lee County Speedway in Donnellson on April 9 and Duffy led from start to finish in winning the very next night at 34 Raceway in West Burlington, Iowa.

1993 - Defending ASA champion Mike Eddy took advantage of a late race crash by leader Jay Sauter to capture the Missouri 250 at I-70 Speedway in Odessa, Mo., on April 11. Sauter had led 196 of the first 239 laps of the season opener when misfortune struck. Coming out of turn four, Sauter slipped and Eddy tapped him sending him into the wall. Eddy was able to continue on and held off Johnny Benson Jr.

1989 - Veteran Joe Shear, driving a 1989 Camaro, cruised to the ARTGO Spring Classic victory on a bitterly cold afternoon at Rockford Speedway on April 9. Shear took the point from Don Leach on lap 7 and was never headed after that in picking up his 21st ARTGO-sanctioned win.