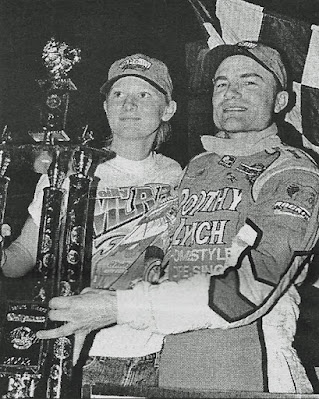 Omaha, Neb. - For 17 years Jim Wilson was the director of NASCAR’s only touring dirt series, the Busch All Star Tour. After NASCAR announced the cancellation of the popular series at the conclusion of the 2001 season, Wilson prepared himself to work just the NASCAR Weekly Racing Series. But the racers in the region wanted another touring series to replace the Busch All Star series. That led Wilson to make a decision.

The WDRL became the top sanctioning body in the Midwest as Wilson had assembled a great team which included Dean Howe as flagman, technical director Mark Ludwig, media rep Phil Roberts, announcer Tom Lathen and scorer Chris Hansen. Another strong point of the team was Wilson’s wife Nancy, the chief of staff who kept things fine-tuned behind the scenes.

The inaugural World Dirt Racing League season kicked off on March 30, 2002, at the Davenport Speedway in Davenport, Iowa with 60 late models in the house. Heat races went to Joe Kosiski of Omaha, Neb., Darren Miller of Chadwick, Ill., Kyle Berck of Marquette, Neb., Shannon Babb of Moweaqua, Ill., and John Anderson of Omaha, Neb. The two consolation events were won by Steve Boley of West Liberty, Iowa, and Wayne Brau of Annawan, Ill.

Kosiski started on the pole of the 40-lap event with John Anderson starting outside. Kosiski grabbed the lead at the start of the race with Anderson sticking on his tail for the first half of the event until Anderson retired with motor problems.

Denny Eckrich of Tiffin, Iowa then picked up the chase. Starting 14th, Eckrich was up to sixth by lap six, then on the next lap he was fifth and by lap ten was in fourth. Then third place runner Babb fell out and Eckrich inherited third. When Anderson went pit side Eckrich gained the runner-up spot. Eckrich chased Kosiski through lapped traffic in the late stages of the races, but Kosiski held on for the win with Eckrich second, Berck third, Ray Guss, Jr. of Milan, Ill., fourth and Boley fifth.

“It was a great racetrack.” said Kosiski in victory lane. “They did a good job. It is the inaugural race of the series. I don’t know how much more you could expect of these people to put on a good race like they did tonight.”

On May 15, the series visited Lakeside Speedway in Kansas City, Kansas and it was Springfield, Missouri’s Terry Phillips taking home the win. Todd Gehl of Solon Springs, MN. took the initial lead from his outside front row starting position, but by lap 2 it was Phillips (who started sixth) to the point.

Leslie Essary of Crane, Mo., who started fourth, took the point from Phillips on lap five and was in firm command of the race throughout most of the event. However, late in the race Phillips started closing the gap in lapped traffic and the duo ran bumper-to-bumper. In the final laps Phillips went high to take the lead and held on for the win.

“He never tried up high,” said Phillips of Essary after the race. “I knew it wasn’t too bad (up there), I could keep up. The longer we ran the better I got.”

On May 26, at Nebraska Raceway Park it was the inaugural Alphabet Soup Race named so by local fan Ron Meyer because the race included not only the WDRL, but the Midwest Late Model Racing Association (MLRA) and the National Championship Racing Association (NCRA). The event drew 48 late models.

Twenty-six cars started the A feature. At the drop of the green polesitter Kelly Boen got high in turn one and surrendered the lead to Terry Phillips. It took Boen several laps, but he fought back and took the lead back from Phillips. Boen was in command of the race the rest of the way until on the final turn of the last lap he drifted high allowing “the Marquette Missile” Kyle Berck to slip by and take the win. 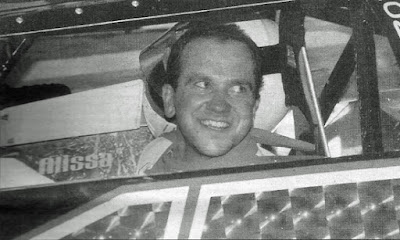 Things didn’t get any easier for outstate drivers in the feature as Birkhofer led all 50 laps to take home the win. Several drivers took a shot at Birky but to no avail. First it was DeFrance, then lap 2 it was Ray Guss, Jr. and finally for the remainder of the event Terry Phillips. Phillips and Guss provided fans with a lengthy side-by-side battle for second before Phillips came out on top. At the checkers it was Birkhofer, Phillips, Guss, Jr., Kyle Berck and Dave Eckrich.

The next night, the series sponsored by Mr. Goodcents moved to the Crawford County Speedway in Denison, Iowa. Another strong field of contenders was on hand with Kyle Berck, Steve Kosiski and Denny Eckrich taking the heat race wins and Kirksville, MO’s Sonny Findling winning the consolation.

In the feature it was Steve Kosiski and Brian Birkhofer on the front row with Birkhofer getting the jump and leading the first four circuits. On lap 5, Ray Guss, Jr. took the point and held it until lap 12 when he retired from the event handing the lead back to Birkhofer.

Behind Birky, Steve Kosiski and Kyle Berck waged a see-saw battle for second with Berck winning that battle and then taking off after Birkhofer. On lap 25, Berck went to the front and held on for the remainder of the 40-lap feature. Behind Berck it was Birkhofer, Steve Kosiski, Terry Phillips, and Joe Kosiski.

Action moved to the Park Jefferson Speedway in Jefferson, South Dakota, on July 13 where a familiar face to victory lane picked up the win. Steve Kosiski took the lead on lap 16 and led the remainder of the 50-lap event to pick up the win.

WDRL point leader Kyle Berck took the lead from the pole but was forced pit side on lap 11 after cutting a tire. Berck fought his way back through the field to finish second. Several cautions marred the event including one on lap eight for Rob Moss who had a flat tire. Then on lap 9, Joe Kosiski, Brent Larson and Vic Lovejoy brought out the yellow.

On July 19 at the Mid-Nebraska Speedway near Doniphan it was Kelly Boen picking up the win from his fifth row starting position in the Nebraska Late Model Nationals. Following Boen to the line were Joe Kosiski, Davey Nall, Ed Kosiski and Steve Kosiski. Heat races went to Donnie McClellan of Grant City, Mo., Boen and Jason Friesen of Sutton, Neb., with Friesen taking the dash.

Next month, we look at the remainder of the inaugural season of the World Dirt Racing League. 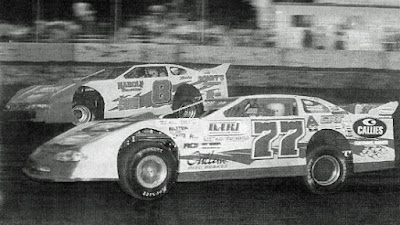