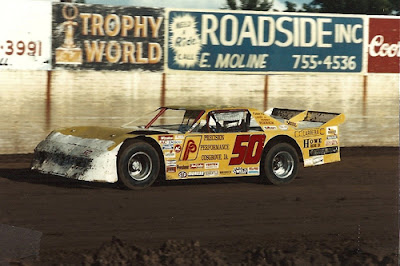 By Lee Ackerman
Omaha, Neb. - By 1990, the NASCAR Busch All Star Tour was in its sixth year and was providing Midwest race fans with some great racing action. Starting in 1985 when they ran a short season of just six races that saw Iowa veteran Roger Dolan edge out Steve Kosiski by just one point for the title, the series had grown to 17 events in 1989 when Joe Kosiski won his third tour championship interrupted only by brother Steve’s title in 1987.

1990 would see 15 races go in the record books with the busiest weekend being over Memorial Day when the series ran four races in four days. Action would start on Friday night at Eagle Raceway outside Lincoln, Nebraska move to the Mid-Continent Raceway near Doniphan on Saturday night then back to Omaha’s venerable Sunset Speedway on Sunday night and finish up on Monday night at the West Liberty (Iowa) Raceway.

On Friday night at Eagle, 40 late models timed in with Steve Kosiski posting fast time at 15.46. Ironically, brother Joe was the following car to qualify and turned a 15.47 second lap. Story City, Iowa’s Bob Hill was third on the clock at 15.53. Fifteen-lap qualifiers would go to fourth starting Rick Wendling in qualifier one and sixth starting Ray Guss, Jr. in qualifier two. Johnny Saathoff would take the Race of Champions and then just before the consolation, there was light. Eagle Raceway turned on their new lighting system and the whole place lite up. Giltner, Nebraska’s Al Humphrey then stormed from his outside front row starting position and won the consolation.

At the drop of the green, Rollie Frink grabbed the lead from his outside pole position and appeared to be the car to beat, but sixth starting Steve Kosiski was working his way up to challenge and by lap 34 he was running side by side with Frink, on lap 36 Kosiski went to the front and despite giving it everything he could muster, Frink simply had to settle for second. Following Kosiski and Frink to the line were Bob Hill, Joe Kosiski and Sonny Findling. 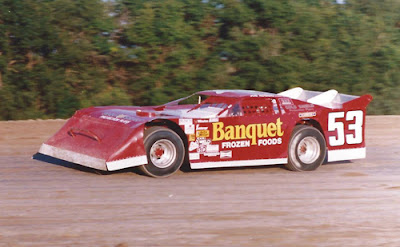 On Saturday, the series moved to the Mid-Continent Raceway outside Doniphan, Nebraska for round two of weekend. When qualifying was over, the third Kosiski brother, Ed had set fast time at 20.04 seconds. Qualifying races went to Steve Fraise of Montrose, Iowa, with home track favorite Kent Tucker second and Bob Hill third. In the second qualifier it was Ray Guss, Jr. of Milan, Illinois picking up the win following by Rick Wendling and Gary Webb. Sonny Findling took the Race of Champions. The two consolation races were won by Jerry Wancewicz and Bubba Harvey.

The 50-lap feature ended up being a an all Kosiski show as Joe and Steve waged a fierce battle for the top spot with Steve gaining the lead on lap 30 and going on to win the race. Joe would finish second and Ed finished third. Steve Fraise and Gary Webb rounded out the top five.

“I saw him behind me and just tried to use as much racetrack as I could,” said Joe after the event, “but he had too much for everyone tonight.” 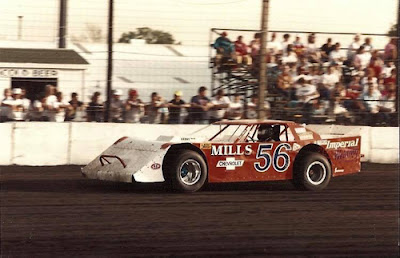 Round three on Sunday night would see the series move to Sunset Speedway on the northwest side of Omaha and things were about to change. Rollie Frink of Davenport would set fast time at 19.07 seconds. Gary Webb picked up the win in the Fierge Auto Parts Race of Champions while it was business as usual with Ed and Steve Kosiski picking up the Qualifying race wins. Rollie Frink would come back to win the consolation race.

In the 50-lap feature Ray Guss Jr. took the Precision Performance Camaro to the front on the third lap and would never give up the lead in taking home the win. There were however some fierce battles behind Guss. Sonny Findling would settle into second place but the battle for third was a war between Gary Webb, Pete Parker, Willy Kraft, Rick Wendling, Bob Hill and Steve and Joe Kosiski. That group would provide some great side by side, door to door racing that brought crowd to their feet a number of times.

Guss, however would be out by himself and despite a late lap 43 caution that bunched up the field nobody could mount a challenge on the restart that saw the top five at the finish include Guss, Findling, Webb, Parker and Kraft. “Our car was really hooked up tonight.” said Guss, after the race. “The track was slick and dry, but it made for a good racing surface and we’re happy the way the car performed.” 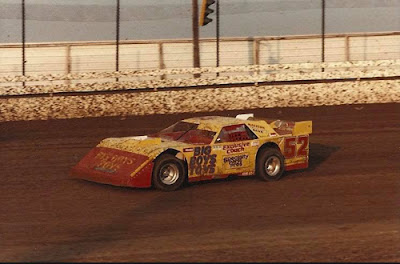 The series moved to Eastern Iowa and the West Liberty Raceway for the four and final race of the four day Memorial Day swing and once again it was Ray Guss, Jr. in the Precision Performance #50 that would go to victory lane. Guss would grab the lead from his front row starting position at the outset of the event and never look back. The race would see only one caution during the 50 laps, that for Steve Johnson who blew a motor.

Guss would end up winning the event by nearly a straightaway with Rollie Frink, Steve Kosiski, Ed Kosiski and Willy Kraft rounding out the top 5. Gary Webb would pace the 48 car field in time trials with a lap of 21.30 seconds. Qualifying races went to Guss and Steve Kosiski with Joe Kosiski winning the Race of Champions and Steve Hennies the consolation race.

“We were looking forward to coming here tonight on the tour.” Guss commented. “West Liberty is our home track and we enjoy running here before our fans.”

The four-day swing would end with Steve Kosiski and Ray Guss, Jr. both picking up two wins. Kosiski would use his two wins and three more later in the 1990 season to nail down the 1990 Busch All Star Tour Championship, his second of what would be a career high seven tour championships. 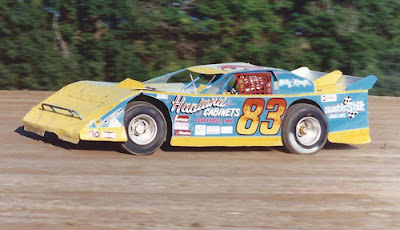