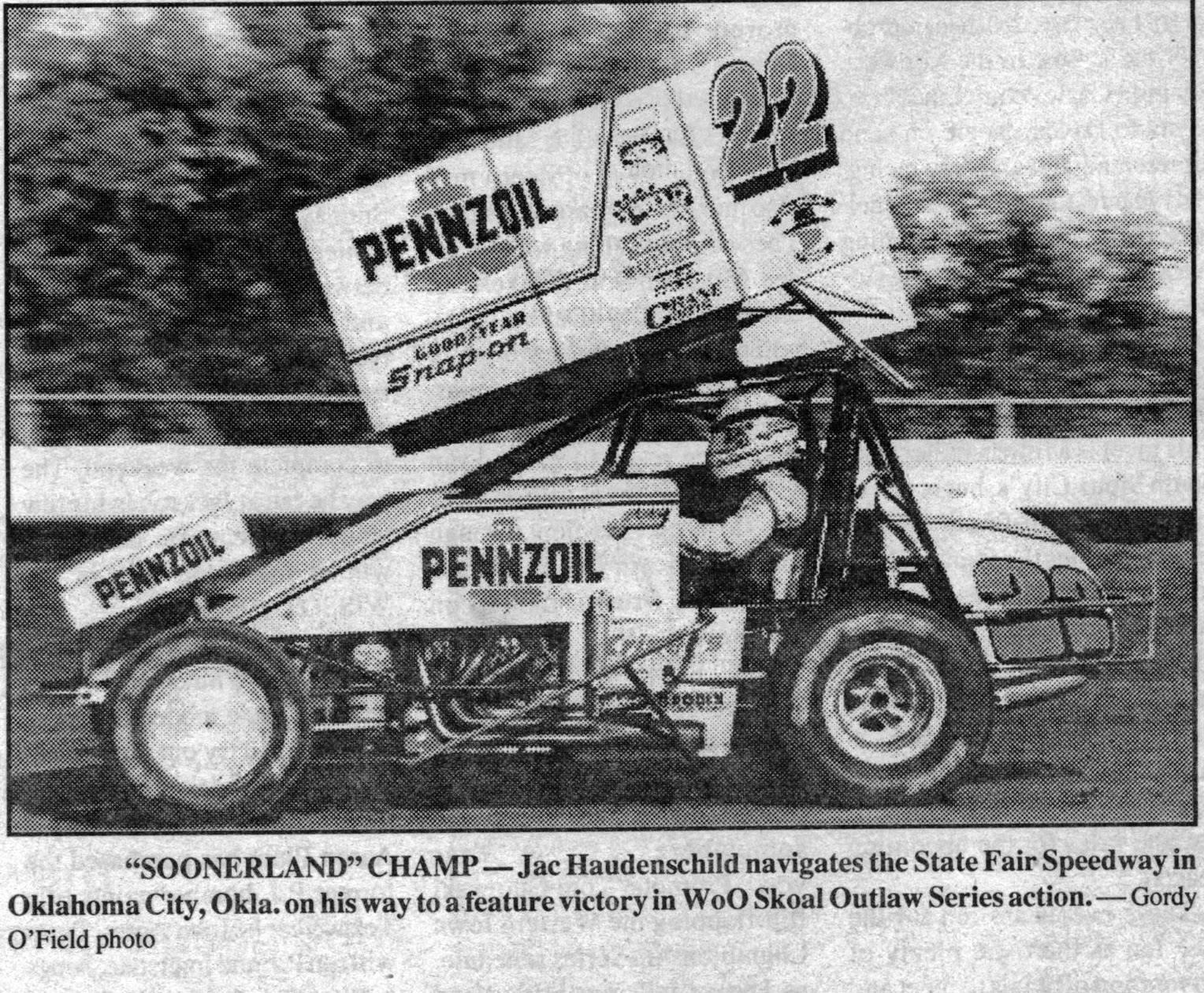 (April 2, 1995) – Just when it looked as though Mark Kinser and Danny Lasoski might take control of the Spring Nationals and the World of Outlaws’ point race, fate and Jac Haudenschild stepped in to turn the tide.


Kinser, the early leader in the point’s standings, appeared to be on his way to his second victory of the young season Sunday afternoon at State Fair Speedway when Haudenschild passed him for the lead on the 19th lap. Injury was added to insult five laps later when the top wing supports on Kinser’s #5m Wirtgen Maxim broke, sending him crashing into the turn three wall.


The “Wild Child” kept his #22 Pennzoil Maxim ahead of the field during the final 12 laps to claim the $6,000 first prize. The victory, the 15th of his World of Outlaws career, pushed him into first place in the Skoal Outlaw Series point lead.


Lasoski earned his third fast time award of the year after pacing the 34-car field with a 17.210 second, 105.590 mph qualifying lap. But a collision with Aaron Berry during the fast dash sent him crashing into the retaining wall in the second corner. “The Dude” drove his backup sprinter past eight cars in the B feature but failed to qualify for the main event. He dropped into 11th in the point’s race.


Kinser, the fast dash winner, started the 30-lap A-main on the pole. He burst into the lead as the green flag fell, and opened a three-car-length lead within three laps. He caught the backmarkers by lap six.


The “Wild Child” caught Kinser midway through the race, and challenged him for the lead at every turn. Kinser was trying to pass Terry McCarl early on lap 19 when he slid out of the low groove in turn two. Haudenschild took the lead, and opened up a 10-car-length advantage within three laps.


Haudesnchild, who set a one-lap record on the semi-banked, half-mile oval last March 27, raced comfortably ahead of the field during the final six laps. He was eight car lengths ahead of the “Buckeye Bullet” Dave Blaney when he took the checkered flag.