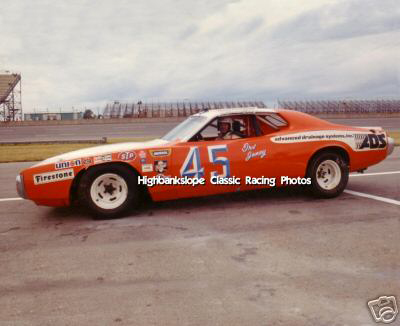 Milwaukee, Wis. (January 13, 1973) - Irv Janey of Cedar Rapids has been selected stock car rookie of the year for 1973 by the United States Auto Club.


Announcement of the honor came Saturday night at the annual awards banquet at the Pfister hotel here. Janey was presented a plaque on behalf of USAC by Al Miller, auto-racing editor for The Cedar Rapids Gazette.

“This is my biggest thrill in racing,” Janey said. “And that includes winning the IMCA title in 1972. There is only one winner and you get only one chance to win the award. I’m just very pleased. I just wish my dad (Ed) was alive to see this.”

Irv’s closest competition for the award came from Bob Whitlow, the ex-Detroit Lions football player. Janey is the second driver from Cedar Rapids to win rookie honors in the last five years. Verlin Eaker was chosen in 1969.

The 31-year-old Janey, who was sidelined for a month and missed three racing events after being seriously burned in an accident at Michigan International Speedway last July, finished 11th in the point standings. But Irv and car owner Marty Sixt of Iowa City both finished eighth on the point-fund money list and received $708 a piece.

The total point-fund melon was $35,000 and the biggest slice ($3,161) went to Butch Hartman who won an unprecedented third straight stock car championship.

Janey, whose ride was a 1973 Dodge Charger under the Advanced Drainage Systems, Inc. banner, had his best finish with a fifth place at Lacrosse, Wis.

“But we were competitive all season,” he added. "I thought we ran with the best on the half mile and mile and a lot of time we were running in the top three before something went wrong with the car.”

Janey and Sixt announced they would run the full USAC schedule in 1974. However, this year Irv will have two Chargers at his disposal - one for asphalt and one for dirt.