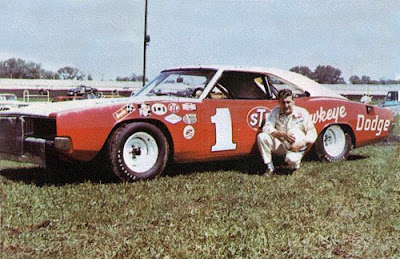 It is the first year Iowans have dominated the organization since 1963 when seven of the top 10 were from the Hawkeye state. In the ensuing years, the state’s best showing was four out of the top 10.

However, Iowans have won the last 18 national championships and been runner-ups for the last 13 seasons.

Only two non-Iowans have ever won stock car championships - Herschel Buchanan of Shreveport, La., (1950-51) and Dominic Perlick of Minneapolis, Minn., in 1952. Eddie Anderson of Grinnell won the inaugural title in 1949.

No Iowa drivers were among the top 24 in point standings. However, Woodside drove a car owned by Hank Smith of Mount Ayr, Iowa and seventh-place driver Jan Opperman of Beaver Crossing, Neb., chauffeured a car owned by Larry Cahill of Iowa City while Dave Van Patten of Des Moines is owner of the racer in which Ron Perkins of Wood River, Ill., drove.