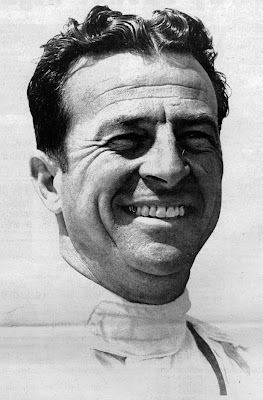 Keokuk, Iowa (March 19, 1970) – “Sure I want to win every race. That’s what I’m there for. But I’m not going to win them all, because things happen that you can’t control, but you put the same amount of effort into a race whether you win or not – so why not win?”

You might think this was a young rookie speaking, or someone who had just completed his first successful season of racing. Far from it, for the driver is Don White.

Preparation is the key to White’s success with the Dodge he’s campaigned the past four seasons. Recently, he put it this way; “The races are normally won in the shop, and you go to the race track to finish it up. Preparedness meets opportunity. You have the opportunity, and it’s up to you then to prepare for it. And that’s what makes your luck.”

“The longer you do something you should progress more and more at it. If you don’t progress, what the hell’s the use of doing it?”

White’s attitude as well as his abilities is those of a professional. In this respect, he is no different than a major executive. His life and his work are one and the same.

“I never allow the race car to leave my mind…never. We’re off three or four months in the winter time but my race car never leaves my mind. I think of that car many times a day; something I can do, something we didn’t do, what we can do here, what we can improve here.”

As he continued speaking, it became even clearer that for the Keokuk, Iowa that the principles of living are no different from those of racing.

This year, part of “doing it right” for White will be winning his third USAC national stock car title for car owner Ray Nichels in the Nichels Engineering Dodge. This is a factory car but the Nichels people approach the problem of preparing Don’s car in the Griffith, Ind., shop with the same enthusiasm one would expect from an independent hot shot.

White has been with the Nichels team for four years now and has won an average of eight races each season.