1963 - Thirteen a Lucky Number for Bowsher 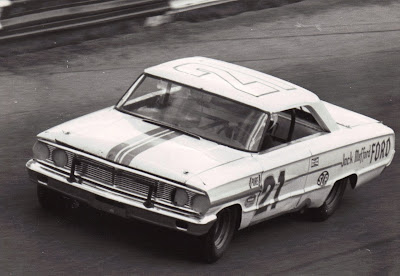 
Toledo, Ohio - The Midwest Association for Race Cars (MARC) enjoyed one of it's most successful season in 1963 and it's final one under the MARC banner with plenty of fierce competition throughout the year. From now on the organization headed by John Marcum and Frank Canale will be known as the Auto Racing Club of America (ARCA) and will operate in a larger geographical area.

In 1963 new car action, Jack Bowsher of Springfield, Ohio turned in a strong and consistent performance, driving his 1963 Ford to a record 13 feature victories on the 34 date schedule. He also placed second on six occasions and third place three times, amassing 3,375 points, a MARC record and exactly 600 more than runner-up and defending champion Iggy Katona of Willis, Mich., earned during the campaign.