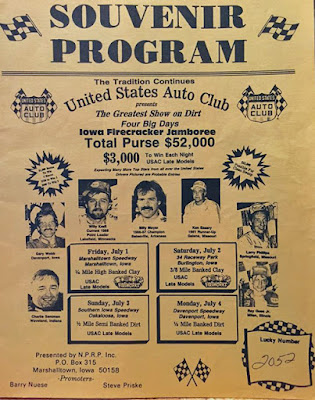 By Kyle Ealy
Cedar Rapids, Iowa – With its once-stellar stock car series now but a distant memory, the United States Auto Club decided it still needed a full-bodied racing division to complement its highly successful open wheel program.
Getting away from the traditional full-sized stock car that had been a staple of that division for over 30 years, USAC officials went down a different path and capitalized on one of the most dynamic forms of racing; late models.
From 1985 to 1988, the United States Auto Club would sanction dirt late model racing and some of the biggest stars in the sport would compete under their banner.
In 1987, the USAC Dirt Late Model Series came to Iowa during the July 4th weekend for a three-race sked (Cedar Rapids, Burlington and Marshalltown). It was appropriately named, “The Iowa Firecracker Jamboree”.
Due to the success of the promotion, USAC officials and Iowa promoters decided to give it another try for the 1988 season.
Burlington, Davenport, Marshalltown and Oskaloosa would be the sites for the for the four-day weekend of racing. 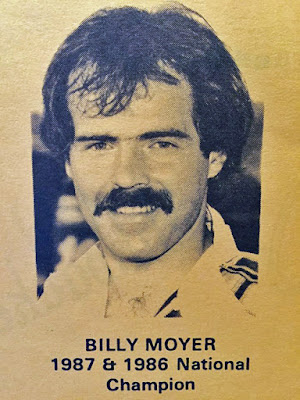 On Friday, July 1, the USAC cars and stars rolled into Marshalltown, Iowa, and before a capacity crowd, Larry Phillips won the hard-fought 40-lap feature. The Springfield, Mo., veteran outdistanced Billy Moyer Jr. and Willy Kraft to the finish line for the victory.
Phillips’ win was hard-fought as he and Moyer Jr. often raced side-by-side as they dueled through lapped traffic. On several occasions, Moyer Jr. actually took the lead but Phillips decision to run the low groove paid off in the long run. Moyer hung on for second while Kraft took third. Ken Essary of Galena, Mo., who earlier had set a new track record in qualifying (15.173 seconds), grabbed fourth while Dick Potts of Morocco, Ind., rounded out the top five. The highest finishing Iowan was Johnny Johnson of Wapello who finished ninth.
Late model heats were won by Essary, Phillips, and Moyer Jr. while Jim Rarick of Taylorville, Ill., took the last chance race.
The series would head to Burlington, Iowa, and 34 Raceway, on Saturday, July 2. Once again, race fans came from near and far as a standing room only crowd was on hand to witness the action. 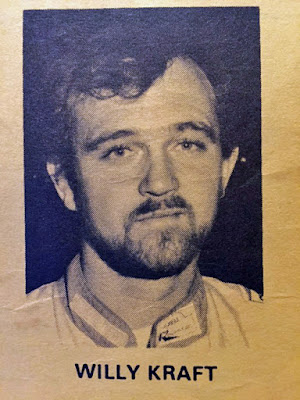 Willy Kraft of Lakefield, Minn., would jet to a straightaway advantage early in the 40-lap contest and lead from start to finish in winning his fourth series race of the year. But it was anything but easy...
Larry Phillips, who had made an engine change and had to qualify out of the last chance race, cleared himself from the field and slowly began to reel in the leader and by lap 21 had caught up with Kraft. Phillips was able to stick the nose of his car to the inside of Kraft on numerous occasions in the corners, but Kraft would maintain the lead in the straightaways. By lap 30 Phillips would stay close until he over-compensated his car and dropped off the topside of turn 2 on lap 30.
Billy Moyer Jr. would take up chase after Phillips’ mistake and he too, would give Kraft fits until the very end. When Kraft fish-tailed on the last lap, Moyer Jr. made a last-ditch charge for the checkered, but Kraft was able to straighten his car out and hold on for the win. Moyer Jr. would settle for second, Phillips recouped to take third, followed by Ken Esssary and Ray Guss Jr. of Milan, Ill.
Once again, Johnny Johnson would be the highest finishing Iowan with an eighth place showing. Heat winners were Esssary, Dick Potts, Kraft, and Guss Jr. Phillips won the last chance race. Moyer Jr, set fast time on the evening, touring the 3/8-mile high-banked clay surface in 15.539 seconds.
Kraft would follow up his Saturday night performance with another stellar showing at the Southern Iowa Speedway in Oskaloosa. The current USAC point leader would score his second consecutive late model victory as he topped the 40-lap headliner on Sunday, July 3.
Rick Egersdorf of St. Paul, Minn., would lead the opening lap of the contest but Kraft would take command as the field came to the start/finish for lap 2. Unlike the night before, Kraft would have an easy time of it, leading the race by a straightaway at times. Dick Potts would be a distant second followed by Larry Phillips, Tom Hearst of Wilton, Iowa, was the highest finishing Iowan in fourth and Jeff Hinkemeyer of St. Cloud, Minn., in fifth.
Ken Essary, Kraft, and Larry Phillips were heat race winners and Jim Rarick won the last chance race.  Billy Moyer Jr., was fast qualifier for the evening, cruising the big half-mile in the time of 20.364 seconds. 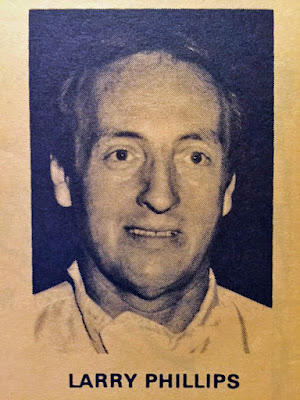 The fourth and final race would take place at the Mississippi Valley Fairgrounds in Davenport, Iowa, on Monday, July 4.
With fireworks crackling in the background, Larry Phillips would return to victory lane, leading wire to wire on the third-mile dirt oval. Phillips was never challenged as he built a huge lead in the early going and cruised to an easy win. Willy Kraft would finish a distant second, Ken Schrader of Fenton, Mo., grabbed third, Ken Essary took fourth and Ray Guss Jr., rounded out the top five. Johnny Johnson was the top finishing Iowan in seventh. The main event started on a sour note as fast qualifier (15.598 seconds) Billy Moyer Jr. blew a motor at the wave of the green flag.
Heat winners were Moyer Jr., Ray Guss Jr., and Willy Kraft. The last chance winner was “The Racing Auctioneer” Charlie Sentman of Waveland, Ind.
The Davenport race was coined “The Final Conflict” and maybe it was pure coincidence but it would be the final appearance in Iowa for the USAC late model division. Despite the popularity of dirt late models, it just didn’t fit the mold for the United States Auto Club.
Making a decision to showcase their open wheel divisions (sprints and silver crown), long the calling card of the United States Auto Club, they decided to shut down the late model series after the 88’ season.
However, with the World of Outlaws and the American Late Model Association co-sanctioning, there would be another Iowa Firecracker Jamboree in 1989.
But that’s another story….