by Lee Ackerman
Omaha, Neb. -  In 1968, Eagle Raceway just east of Lincoln, Nebraska started a season ending special event for Sprint Cars and called it the Third Mile Nationals.
On Monday night, September 2, 1968, it was the true outlaw himself, Gordon Woolley of Waco, Texas winning the inaugural Third Mile Nationals/ Woolley charged past Lloyd Beckman on the second lap and despite being challenged most of the race by Beckman, pulled away in the closing laps for the win. Ray Lee Goodwin was third followed by Roy McCain in fourth. 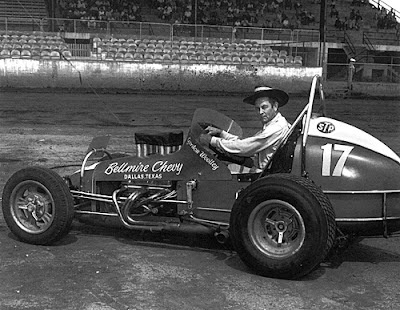 
In 1969, it was veteran Kansas City chauffeur Dick Sutcliffe behind the wheel of the Gary Hanna Chevy taking the lead almost immediately from his inside second row starting position and sailing to the win in the 30-lap feature before a capacity crowd to pick up the $1,250 first place money. 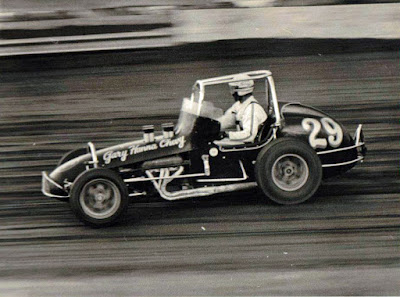 Dick Sutcliffe was the 1969 winner at Eagle
'Little' Joe Saldana set fast time of 16.26 seconds then broke a driveshaft in his car and borrowed the car of Frank Brennfoerder, started 8th and put on a great drive to finish second. Pole sitter Lloyd Beckman finished third followed by Eddie Leavitt in the Brewer Chevy and Jay Woodside.


Ed Bowes won the Junior Championship (B feature) taking the lead from Larry Upton when ’s engine expired. Chuck Kidwell and Glenn Robey followed. Second fast qualifier Lloyd Beckman won the dash and his heat. Lonnie Jensen and Dick Sutcliffe won the other heats and Roy McCain the B feature. 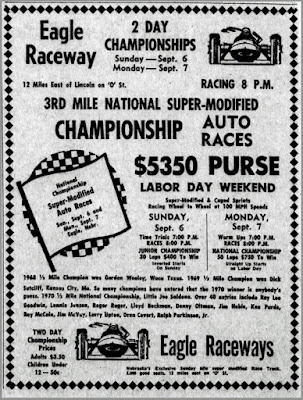 The 1970 Third Mile Nationals can be described in one word “Controversial.” Things kicked off on Sunday night with 35 cars taking time and ’s Lonnie Jensen setting fast time at 15.85 followed at 15.99 by Ed Bowes. Heats went to Kenny Parde, Jerry Everett, Roger Rager and Jim Golden. Dennis Oltman won the dash with Jan Opperman winning the B. Fast Qualifier Lonnie Jensen was the victim of a wild flip which eliminated him from further competition.


It was time for the 50-lap Third Mile National feature and that’s where all the controversy would come in. Lonnie Jensen would start on the pole but was passed very early on in the going by Ray Lee Goodwin. Goodwin would soon develop handling problems. The problem which turned out to be a broken torsion bar slowed Goodwin to a crawl on the backstretch and Jan Opperman looking to take the lead hooked Goodwin’s tire. This sent Goodwin into the infield and Opperman setting on the edge of the racetrack.


For whatever reason, the race was allowed to go for a lap before the yellow came out to check on Opperman, who was apparently shaken in the incident. When the race was resumed with 17 laps remaining Jensen had the lead and Opperman was sent to the tail and scored one lap down. Opperman then stormed through the field passing Jensen on the last lap for what appeared as the win.


Opperman went to victory lane and Jensen went to the pits. Then they rolled Jensen’s car back on the track and Larry Swanson, Jensen’s car owner protested giving the win to Opperman. After a long discussion officials declared Jensen the winner contending the Opperman had done nothing more than unlap himself. The ensuing argument lasted well into the morning. “I thought there was going to be a riot.” remembers long-time racing historian Bob Mays. “It was really a wild scene.


The official order of finish would be Jensen, Ed Bowes, Roger Rager, Stan Borofsky and Don Droud with Opperman being scored 8th. 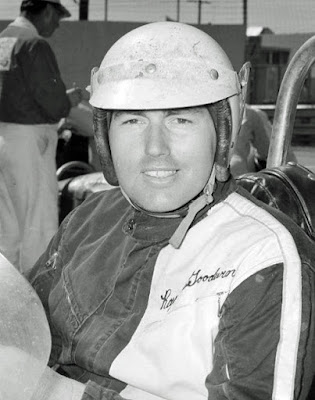 
Ray Lee Goodwin held off the challenges of the persistent Jay Woodside to claim the $1,250 first prize in the 50-lap Third Mile Nationals on Monday night. Ralph Blackett, Larry Upton and Ken Parde rounded out the top five. Beckman, Jensen and Oltman all retired early in the race that saw only 9 of the 19 starters finish the race. Jensen won the dash and his heat with other heat wins going to Beckman, Woodside and Goodwin.


The 1972 Third Mile Nationals would go to an invader in ’s Jimmy Boyd who picked up a $1,500 pay check. Boyd charged from his 4th row starting position to claim the win over Beckman, Thad Dosher, Dick Sutcliffe and Gerald Bruggeman. It was the biggest win of Boyd’s up to that time and one of the major upsets in Sprint Car Racing. The race saw Don Maxwell eliminated early by a nasty flip in turn one. Don Droud set fast time at 16.29 seconds. Beckman won the dash with heats going to Bruggeman, Beckman, Boyd and Droud.


In Sunday nights’ Junior Championship, it was Lonnie Jensen taking the win over Sutcliffe, Goodwin, Upton and Boyd. Heats went to Roger Larson, Goodwin, Beckman and Upton with Gordon Woolley winning the B. 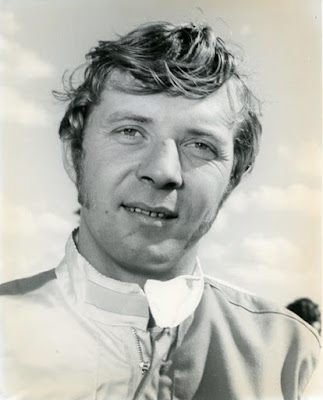 
The 1973 Nationals belonged to Eddie Leavitt. First he won the Junior Nationals on Sunday night with a last lap pass of Dick Sutcliffe and on Monday night he drove away from the field to win the Third Mile Nationals.


Special Thanks go to well known Sprint Car Historian Bob Mays for his help with this story.