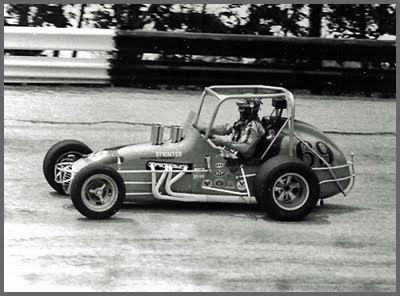 The American Speed Association, under its president, Rex Robbins, will sanction and operate the Little 500 on May 20th. Robbins also announced today the formation of a sprint car division within the ASA.

The Little 500 has been sanctioned in the past by the International Motor Contest Association.

But the Little 500 was the only IMCA race in this area. The group operates a Winternationals series in Tampa, Fla., in February and the remainder of its sprint car races is run west of the Mississippi River.

The announcement of the switch in sanctioning was made jointly today by Robbins and Joe Helpling, owner of Sun Valley Speedway. It was because of the formation of a sprint car division by ASA that Helpling decided to sever the highly-successful relationship with IMCA.

“This is Bob's program,” said Robbins, who will confine his activities to the stock car division. “He'll handle the programs and operate the division. I have every confidence he'll make it one of the best around.”

The USAC sprint car division is operating under a new rule this year which allows any drivers not in the top 10 in the point standings to run in outside races under a temporary permit.

“This should return the Little 500 to its original concept,” said Robbins. “It is meant to be an open, invitational race with the best drivers possible competing. The USAC rule should attract some top drivers who are just outside the top 10 in points to the Little 500 and several of our other races.”

One of the top stock car sanctioning bodies in the country, the ASA will run about 20 sprint car races this season in addition lo the more than 30 stock car shows on the schedule. The races will be run in Indiana and surrounding states giving the Midwest states east of the Mississippi River a fully-organized independent sprint circuit for the first time in several years.

“We want to get this season under our belts,” said Robbins, “and then grow as much as is feasible. We've raised the purse for the Little 500 to $15,580 plus tow money for cars which do not qualify and any possible prizes for breaking track records.”

“The payoff has been raised for each position in the Little 500, so we're anticipating 50 to 70 cars attempting to make the race. But the entire qualification weekend should be very appealing to the drivers and owners,” said Robbins.

The average purse per event has jumped from $1,560 in 1968 to $3,560 last season. ASA sanctioned 25 stock car shows last season and has run 58 programs all told. In its first year ASA ran a partial season of sprint car programs and has promoted 25 all told in the four seasons.

Robbins said the rules on car configuration and equipment will be nearly the same as IMCA which will enable cars to run in both circuits. He also said the ASA hopes to attract more drivers from the eastern part of the country than in the past, particularly for the Little 500.