The First and the Last IMCA Stock Car Races 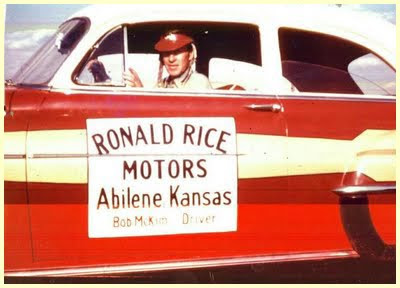 by Lee Ackerman
Omaha, Neb. - In 1915 a gentlemen by the name of J. Alex Sloan created a new racing series called the International Motor Contest Association. Known for many years for Big Car Races, the series would start a stock car division in 1949. Actually the first IMCA Stock Car was said to have been held on November 9, 1947 in Lubbock, Texas but no documentation of the race is available.

On May 30, 1949 at the Mid-America Fairgrounds in Topeka, Kansas, the International Motor Contest Association held its first documented Stock Car Race. While there is not a lot of information available on this race, we do know that the 200-lap race was ran on a slippery race track and took 2 hours and 20 minutes to complete. Bob McKim of Salina, Kansas, known more as an open wheel driver piloted a 1949 Oldsmobile '88 owned by Abilene, Kansas Oldsmobile dealer, Ronald Rice to victory lane. The average speed for the race, a blistering 45 miles per hour.

Ray Rutman would finish second, a whopping 12 laps down. McKim and Rutman were the only competitors to complete the event without making a pit stop. Third place went to Eldon Burkholder of Duenweg, Missouri in his 1940 Mercury, also 12 laps down. Future IMCA promoter, Frank Winkley of Minneapolis, Minn., would finish fourth, 20 laps down in a car owned by his wife Verna and Ronnie James of Miami Beach, Fla., would round out the top five finishers, completing 170 of the scheduled 200 laps.

The IMCA Stock Car Series would go on to run somewhere between 12 and 15 races that first season. Eddie Anderson of Grinnell, Iowa was unofficially crowned the first IMCA national stock car champion.

The last IMCA Stock Car Race (called Late Models by 1977) of the old IMCA era would take place on September 10, 1977 at the World’s Largest County Fair, the Clay County Fair in Spencer, Iowa. Twenty-four cars entered the event with Jerry Holtkamp of Williams, Iowa setting quick time of 25.25 seconds on the big half-mile. 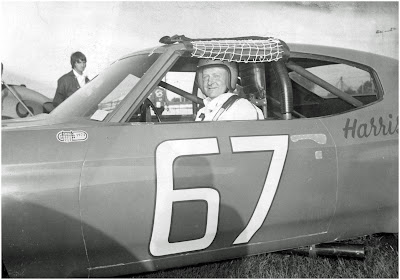 Crafty old veteran Bill Wrich took the lead from Bud Dibben on lap 16 of the 50-lap feature and went on to win the last ever IMCA Stock Car race. The then 41-year-old Wrich said that he had a problem early in the race in that he couldn’t get his tires heated up because of the numerous yellow flags at the start of the race. Wrich further explained that his tires were 7 years old and were of a harder compound than those normally ran in 1977.

Wrich was driving a 1974 Chevelle with a 454 cubic inch engine. Bill said that his car weighed about 600 pounds more than the Camaro’s that were running the same engine. He went on to say the track was a typical afternoon race track that was slippery and dusty.

Other series greats included Johnny Beauchamp of Harlan, Iowa who teamed with veteran mechanic Dale Swanson and totally dominated the series in the 1956 & 1957. Beauchamp would later go on to lose the most controversial Daytona 500 in it's history in 1959. Beauchamp was awarded the win but it was later given to Lee Petty.

In the heyday of IMCA, crowds exceeded 20,000 at such series staples as the state fairs in Iowa, Minnesota and Nebraska.

As the crowds dwindled at the state and county fairs and late model racing came in to its own, the series faded into the history books after providing race fans 29 years of great stock car racing.