1992 - Bob Hill of Story City, Iowa ran down Willy Kraft of Lakefield, Minn., on the final circuit of to win the 50-lap Busch All-Star Tour feature at Mid-Continent Raceway near Doniphan, Neb. on Saturday, May 23. Despite being on the pole at the beginning of the race, Hill appeared to be out of contention midway through the event but finished with a flurry to nip Kraft at the wire to take the$3,000 prize. Ray Guss Jr. of Milan, Ill., Kyle Berck of Marquette, Neb. and Tom Hearst of Tipton, Iowa rounded out the top five.


1987 - Thanks to Jeff Swindell, the Hulman 100 for USAC Silver Crowns at the Indiana State Fairgrounds in Indianpolis was truly a classic. Starting 27th out of a 30-car field, Swindell, in only his third career Sliver Crown start, won the 7th annual event on Friday, May 22. Swindell effortlessly advanced to 10th within 15 laps and took second on the 22nd go-round. Swindell then sped past race leader Steve Butler on lap 28 and was never challenged after that. Jack Hewitt, Brent Kaeding, Kenny Jacobs and Rick Hood followed Swindell across the finish line. 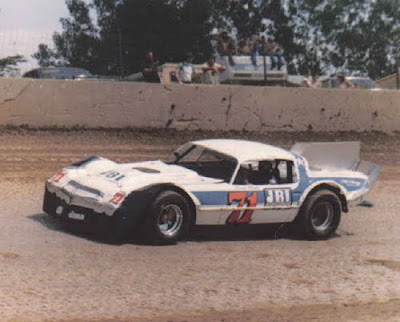 1970 - Tom Nesbitt made the 450-mile trip to Fountain City, Wis., pay off as he won the 25-lap late model feature there on Friday, May 22. Nesbitt, from Thunder Bay, Ontario, got rained out at his regular track Superior, as well as Rice Lake, so kept heading south until he found a dry track to race on. After beating the likes of Dave Noble, Bob Saterdalen and Paul Fitzpatrick, the 29-year-old veteran remarked how well he liked the track, the competition and vowed to make the long back again the following Friday.