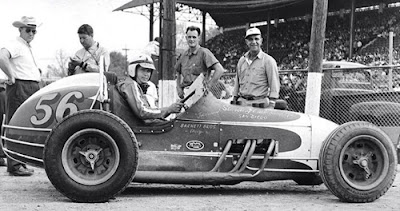 No time was kept because two cars spun out of control and their engines stopped, forcing the other drivers to slow up for several laps under a yellow flag.