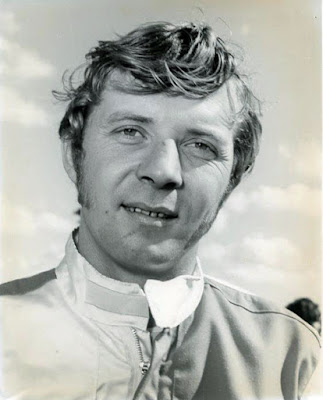 Leavitt jumped out into the lead on the first lap from his outside front row starting position to lead every lap of the 25-lap race. Eddie took the checkers in the No. 94 super modified ahead of second place driver, Jan Opperman of Lincoln, Neb. Bob Williams of Independence, Mo., fought off a hard challenging Jerry Blundy of Galesburg, Ill., to finish third. Blundy was fourth.

These two drivers have tied for first place in numbers of feature events won in one season at Knoxville.

The red flag was thrown on the ninth lap of the feature when Norm Wadle and Burt Sonners of Des Moines were involved in an accident in the first turn. Wadle was taken to the Knoxville hospital where first reports listed him in serious condition with undetermined injuries.

Three drivers tied for fast time out of the field of over 40 supers. Kenny Weld of Thomasville, Penn.; Kenny Gritz of Lincoln, Neb., and Earl Wagner of Pleasantville all set a time of 21.99 seconds around the half-mile semi-banked oval.

Weld was here in preparation to the National Super Modified Races coming up this week, Aug. 14-15-16. Kenny is a two time winner of the big national race.

Chuck Lynch copped the first 10-lap heat by leading all the way to the checkered flag.