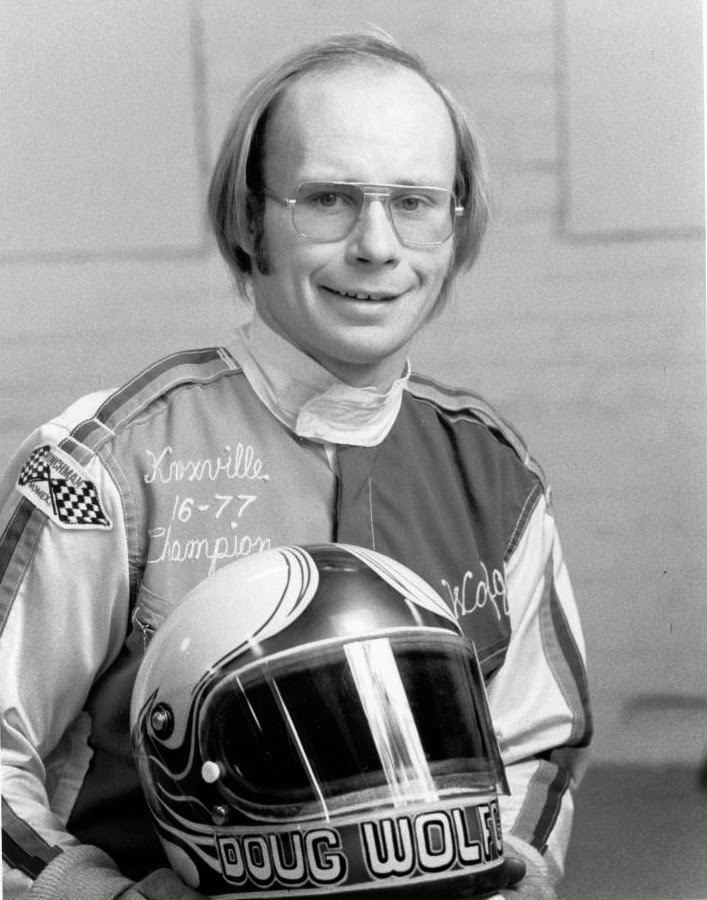 
“I’ve dreamed of winning this a long time,’ said the 25-year-old Wolfgang, “When I leave work every day I run five miles to my home. I don’t really enjoy that, but I thought of taking the checkered flag in the nationals and that kept me going. I think it was well worth it now.”


Wolfgang led all but the second lap of the 30-lap feature over the half-mile dirt track at the Marion County Fairgrounds. Leland McSpadden of , was second followed by Bubby Jones of Danville, Ill, Bobby Marshall of , and Bobby Allen of


Wolfgang received over $8,000 for winning the feature, leading 29 laps and finishing fourth in a trophy dash. “We didn’t do anything different with the car tonight that we haven’t done before,” said Wolfgang.


Wolfgang, who started on the pole, grabbed the lead and led going into turn three. “I moved from the inside to the outside of the track at that point,” Wolfgang explained. “Allen moved to the inside. It took me a while to get my momentum going, but when I did I was able to move back ahead of Allen.”


Although Wolfgang’s driving was great, Sammy Swindell of , turned in a greater feat. Swindell, whose nickname is “Superman”, had qualified for the C feature. He placed second in that race, which qualified him for the B feature. Swindell, who started at the tail end of the 22-car field, won the 22-lap event, which boosted him into the championship feature. He again started at the end of the 22-car field and worked his way through to finish eighth.


Eddie Leavitt of , who was the national champion here in 1975 and again in ‘76, also started in the C feature. He won the race to qualify for the B feature. However, he crashed on the fourth lap and was out of action for the rest of the night.